Spanish web design: the first step to export to Spain and Latin America

You are here: Home » Multilingual website design » Spanish web design: the first step to export to Spain and Latin Americ...

The Spanish language is used world-wide on the Internet. It is the third largest after English and Chinese. About 430 million people in the world speak Spanish as their first language. To boost your exports to Latin America, or to Spain, your company should offer relevant content, with a website specifically localized and translated into Spanish.

In addition to the potential of Spain as a market, Latin American countries are experiencing constant economic growth and because of that, are becoming more important as trading partners. Besides, Spanish is expected to be the first language of 50% of the population of the United States within 50 years.

To expand at an international level, and to target Spanish-speaking customers, your company will need specific e-marketing services, and a website in Spanish:

– Spanish accounts for approximately 6,1 % of all internet users in the world, according to internetworldstats.com

– Spanish is the third language on the Internet, with nearly 182M users in 2011
With the Spanish language, you can reach not only customers in Spain, but also in the US, in all South American countries excepted Brazil, and many more markets where users are able to speak Spanish

– To get a good rank in Spanish-speaking search engines such as Google.es, and to be found by your prospective customers abroad, you will have to optimize your website in Spanish, and to use well designed e-marketing strategies because search engines, as well as customers, do favor local content.

– As Spanish language varies from one country to the other, different versions of the website might be needed to target specific countries. For instance, if your company is willing to enter the Argentine market, you will need a slightly different website to the one you might have for the Spanish market.

Latest Population Estimate:
46,7 M population for 2012, according to Census Bureau 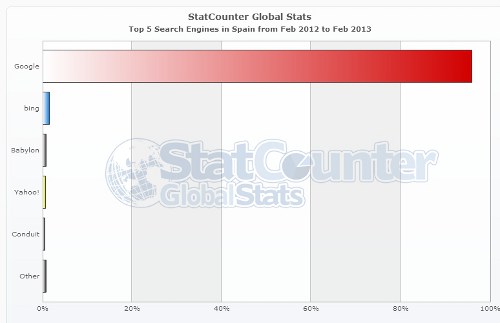 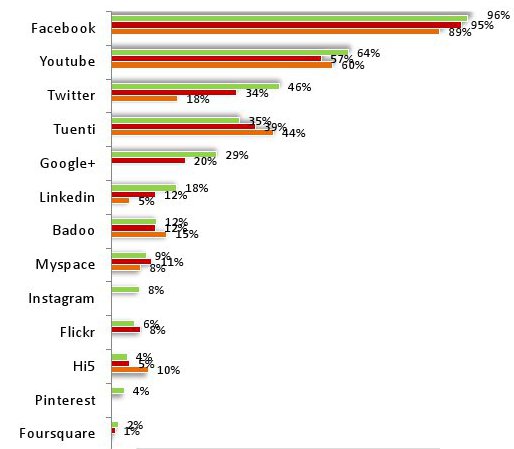 Despite a contracting housing market and a banking crisis, ecommerce in Spain is booming. eMarketer predicts that ecommerce will increase from $15.64 billion in 2011 to $18.57 billion in 2012, a growth of 18.8%. Robust online sales will continue to gather momentum through the forecast period, and total sales will exceed $30 billion by 2016.

Boost your exports to Spanish-speaking countries

2Social media in Spain
Social media should be used to connect with your prospective customers in Spain, which will drive more business. Openvalley assists you in defining the right social media strategy, so as to increase your presence on social networks.
++ info

3Content marketing for a Spanish speaking audience
As cliché as it may sound, content is one of the most important factors in any search marketing strategy. It is highly important to ensure that you have content worth viewing in Spanish to connect with a Spanish-speaking audience.

4Website translation
The issue of localization and translation of content in Spanish is key to connect your customers abroad. Openvalley works with a team of native speakers to ensure web translation and localization is SEO optimized which, will positively affects your website rankings.
++ info

5Website design in Spain
Openvalley design websites that are fully functional, either e-commerce or corporate websites. You can add an unlimited number of pages, update content anywhere, at any time, in a simple way. Our websites are multilingual, which means you can add several additional languages, and smartphone optimized.
++ info

6Paid search
Launching a pay-per-click campaign in Spain is a good way to quickly reach new customers. With pay-per-click, advertisers can efficiently and effectively target customers in a foreign country. We can efectively create paid search campaigns on Google targeting the Spanish market.
++ info