Russia has emerged from the post-Soviet era and has managed to reassert itself as a world power. Boosted by a large income from vast natural resources, the Russian economy has overcome the 2008 crisis. High oil prices buoyed Russian growth in the begining of 2011.To boost your exports in Russia, and to gain new Russian customers, your company needs a website specifically localized and translated for the Russian market.

Why you should have a website targeting the Russian market

– With this vast country on the rise, its markets are now open for business to global competition as never before. Since the beginning of 2013, we already saw some of the big online players entering this huge market, such as the British online fashion retailer ASOS that launched local operations here.

– There were 61,5 M internet users speaking Russian in 2012 according to internetworldstats.com . It is the 1st largest internet market in Europe.

– According to eMarketer, Russia, with 57.9 million social network users in 2012, was the fifth-largest socially connected country in the world in 2012.

– The fastest growing e-commerce market in Europe according to globalwebindex.net (march 2013)

– The Russian economy is in good shape. While many countries in Europe were struggling with large public debt and high fiscal deficits, Russia’s public debt was no more than 10 percent of GDP and the fiscal balance was in surplus. Inflation and unemployment rates both declined to the lowest level in two decades. Despite external headwinds, Russia’s economy performed well in the first half of 2012. However, the economy is slowing down in the second half of 2012 due to rising inflation, weakening domestic demand, and sluggish external demand.

– The most popular way for prospective customers in Russia to find your business online remains through Russian search engines such as Yandex. To reach your Russian customers, your company definitely needs to offer a version of its site in Russian. And this is certainly an important step, as research shows people are more likely to purchase from a site in their own language.

Yandex  is the largest resource and largest search engine in the Russian Internet market, based on audience reach. Yandex currently has a market share of over 60%  in Russia’s search engine market by traffic.  Yandex’ main competitors on the Russian market are Google, Mail.ru and Rambler.

Social media
VK is one of the most visited websites in the post-Soviet countries. It holds the second position in Russia.  As of December 2012, VK had at least 195 million accounts

Odnoklassniki (Одноклассники in Russian, Classmates) is a social network service for classmates and old friends. It’s popular in Russia and former Soviet Republics. The website currently claims that it has more than 148 million registered users and 33 million daily unique visitors. 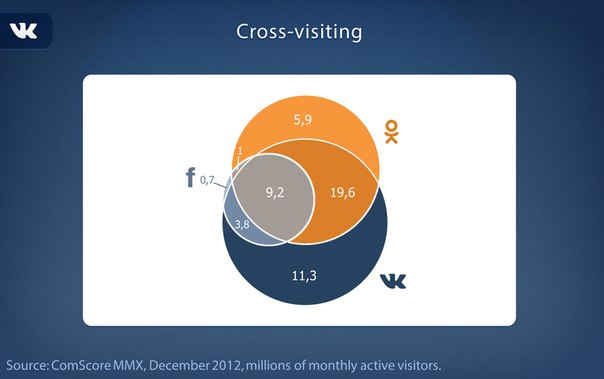 According to research by Morgan Stanley, the Russian ecommerce sector stood at around $12bn in 2012 – just 1.9% of total retail sales; by comparison, the global average is currently about 6.5%. But with ecommerce projected to grow by 35%, to 4.5% of Russian retail sales by 2015, and to 7% by 2020 – making the market worth $72bn – a tipping point is fast approaching. 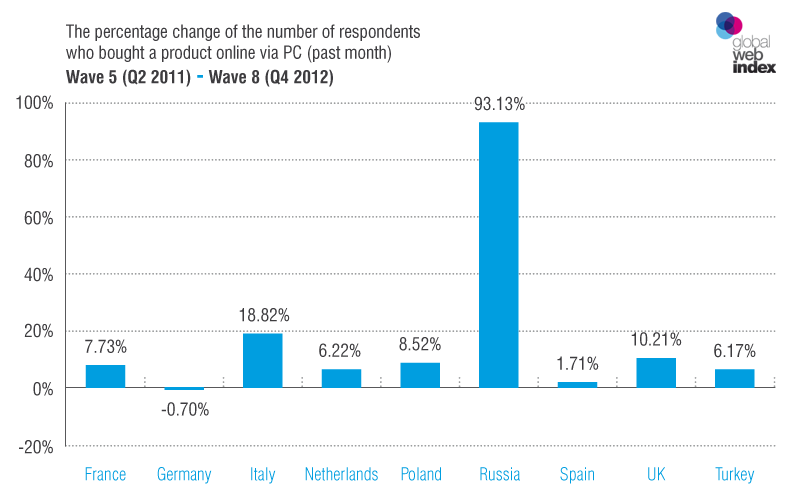 Which digital services to enter the Russian market ?

2Social media in Russia
Social media should be used to connect with your prospective customers in Russia, which will drive more business. Openvalley assists you in defining the right Social media strategy for the Russian market, to increase your presence on Russian social networks such as Vkontakte.
++ info

3Content marketing for a Russian audience
As cliché as it may sound, content is one of the most important factors in any search marketing strategy. It is highly important to ensure that you have content worth viewing in Russian to connect with a Russian-speaking audience.
++ info

4Website translation
The issue of localization and translation of content in Russian is key to connect your customers abroad. Openvalley works with a team of native speakers to ensure web translation and localization is SEO optimized which, will positively affects your website rankings.
++ info

5Website design in Russian
Openvalley design websites that are fully functional, either e-commerce or corporate websites. You can add an unlimited number of pages, update content anywhere, at any time, in a simple way. Our websites are multilingual, which means you can add several additional languages, and smartphone optimized.
++ info

6Paid search
Launching a pay-per-click campaign in Russia is a good way to quickly reach new customers. With pay-per-click, advertisers can efficiently and effectively target customers in a foreign country. We can create paid search campaigns in Russian on Google or on Yandex.
++ info