Social networks around the world

Social networking is the most popular online activity worldwide. Social networking accounted for nearly 1 in every 5 minutes spent online globally, ranking as the most engaging online activity worldwide.  The rise of social media shows no sign of slowing. According to We are Social there was approximately 2.2 billion social network users at the end of 2015, which represents an 8,7 % increase over 2014′s figure, that’s 30 % of the world’s total population. It can be difficult managing and engaging with global audiences. So as to help you chosing the right social network in your target country, here is an overview of the major social networks worldwide. 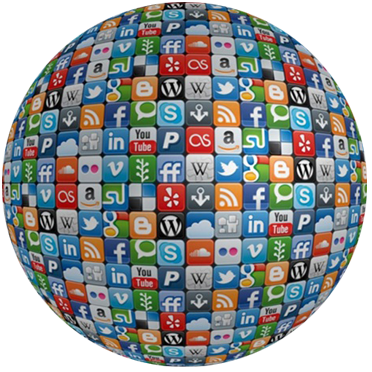 There are signs that some developed nations might be approaching their saturation points, but with Internet penetration rates still on the rise in vast emerging markets such as India and South America, there’s still plenty of scope for growth. People use more than Facebook. Vlontakte is big in Russia whereas QQ, Qzone or WeChat are the major social networks in China.

The world is not waiting for the next social network. In fact, most people want to keep their digital life as it is, and don’t need for something new and no intention to quit. On average, people only join 1 or 2 social networks.

Facebook remains the single most widely used social media platform worldwide, but other sites can be equally or even more important within their own markets. In the USA, social network marketing has reached a saturation point, with 88.2% of US companies using at least one of the major platforms this year. By 2017, 70.7% of US companies will use Instagram for marketing, edging out Twitter for the first time. The awareness of the  photo-sharing platforms Instagram and Pinterest has grown significantly tin the last few years.

China, where the site is officially banned, represents an obvious gap in Facebook’s worldwide dominance,  but social media is huge in the country. QQ is the market leader in China, while QZone or WeChat also have significant market share.

Here is a list of the major social networks in the world, and the corresponding number of registered users:

Note: An “active user” is defined by Facebook as a user who has visited the website in the last 30 days. Other sites define this in different terms.

Source: We Are Social