Today, the Russian language has a significant global presence. It is spoken as a native language by more than 170 million people. Russian also remains an unofficial language in many of the former Soviet republics, where approximately 100 million people speak it as a second language, for that reason it is a valuable communication tool throughout the Caucasus. If you wish to enter the Russian market, the Openvalley agency will help you in creating, translating and localizing a Russian version of your website. 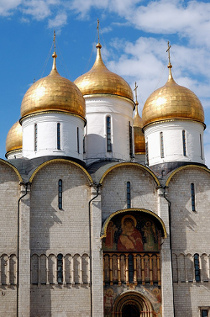 The Russian speaking market has a great market potential, and is becoming one of the main growth areas for business in the 21st century. Russia has one of the highest educational standards in the world. As a result a high quality of and well localized is expected for your company website. Poorly translated websites could seriously harm your internationalization in Russia.

Understanding exactly how to enter the Russian market, and getting results, will take time. However, any business having a long term view of the Russian market will reap the benefits of having a website translated and localized into Russian, as the economy strengthen.

Demand for Internet services in Russia has been on the rise, with Internet penetration rates growing at a fast rate. Russian website localization and translation will put you at the forefront of this growing market.

Here are some facts to consider about Russia:

Having a website translated or localized into Russian will not ensure high visibility: if your website is not meeting the internet standards, it will not necessarily rank well in Russian search engines, and your prospective customers will not be able to find you.

Translation has to be adapted to the requirements of SEO, so as to make your website “searchable”. When translating a website into Russian, keywords have to be included in text copy. A previous research should be carried out to understand which keywords are generally used in Russia. Other elements of the website have also to be translated, such as metadata, anchor texts, alt image texts…

Which digital services to enter the Russian market ?

2Social media in Russia
Social media should be used to connect with your prospective customers in Russia, which will drive more business. Openvalley assists you in defining the right Social media strategy for the Russian market, to increase your presence on Russian social networks such as Vkontakte.
++ info

3Content marketing for a Russian audience
As cliché as it may sound, content is one of the most important factors in any search marketing strategy. It is highly important to ensure that you have content worth viewing in Russian to connect with a Russian-speaking audience.
++ info

5Website design in Russian
Openvalley design websites that are fully functional, either e-commerce or corporate websites. You can add an unlimited number of pages, update content anywhere, at any time, in a simple way. Our websites are multilingual, which means you can add several additional languages, and smartphone optimized.
++ info

6Paid search
Launching a pay-per-click campaign in Russia is a good way to quickly reach new customers. With pay-per-click, advertisers can efficiently and effectively target customers in a foreign country. We can create paid search campaigns in Russian on Google or on Yandex.
++ info