Spoken by approximately 100 million native speakers, German is one of the world’s major languages and the most widely spoken first language in the European Union. A German translation of your website is needed if you are planning to internationalize your business, or to grow your export sales, in Central Europe. 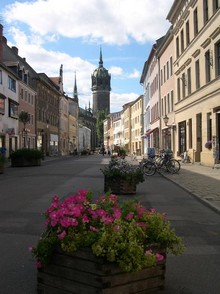 Here are some facts to consider about the German language:
German is primarily spoken in Germany (where it is the first language for more than 95% of the population), Austria (89%) and Switzerland (65%). German is also spoken by the majority of the populations of Luxembourg and Liechtenstein. You can also find German speakers in parts of Belgium, Eastern France and Northern Italy.

And there are some other facts about German you might be interested in knowing:
– Standard German is the only official language in Liechtenstein; it shares official status in Germany, in Austria, Switzerland, Belgium and Luxembourg. It is the official language (with Italian) of the Vatican Swiss Guard.
– German is the third most popular foreign language taught worldwide after English and French.
– German was the fifth most used language on the Internet in 2010, with over 75 million German Internet users.
Germany is the strongest European economy, and one of the largest economies in the world. Germany is also one of the world’s largest exporters and is home to many international corporations. The German speaking population is very present in global business affairs, international organizations, technological applications…. For companies willing to grow at an international level, Germany is a key market.


What German language issues do we have to take into account ?

Having a website translated or localized into German will not ensure high visibility: if your website is not meeting the internet standards, it will not necessarily rank well in German search engines, and your prospective customers will not be able to find you.

Translation has to be adapted to the requirements of SEO, so as to make your website “searchable”. When translating a website into German, keywords have to be included in text copy. A previous research should be carried out to understand which keywords are generally used in Germany. Other elements of the website have also to be translated, such as metadata, anchor texts…

Which digital services to enter the German market?

2Social media in Germany
Social media should be used to connect with your prospective customers in Germany, which will drive more business. Openvalley assists you in defining the right social media strategy, so as to increase your presence on social networks.
++ info

3Content marketing for a German speaking audience
As cliché as it may sound, content is one of the most important factors in any search marketing strategy. It is highly important to ensure that you have content worth viewing in German to connect with a German-speaking audience.

4Website translation
The issue of localization and translation of content in German is key to connect your customers abroad. Openvalley works with a team of native speakers to ensure web translation and localization is SEO optimized which, will positively affects your website rankings.
++ info

5Website design in Germany
Openvalley design websites that are fully functional, either e-commerce or corporate websites. You can add an unlimited number of pages, update content anywhere, at any time, in a simple way. Our websites are multilingual, which means you can add several additional languages, and smartphone optimized.
++ info

6Paid search
Launching a pay-per-click campaign in Germany is a good way to quickly reach new customers. With pay-per-click, advertisers can efficiently and effectively target customers in a foreign country. We can efectively create paid search campaigns on Google targeting the German market.
++ info