Brazil is today South America’s leading economic power and a regional leader, with a growing economy. Most Brazilian internet users search the web in their native language. Whatever stage of development your business is at in Brazil, the Openvalley agency can give you the support that you need to create a Brazilian website.

Why you should have a website to target Brazil

Despite slower growth, in 2011 Brazil overtook the United Kingdom as the world’s seventh largest economy in terms of GDP. Unemployment is at historic lows and Brazil’s traditionally high level of income inequality has declined for each of the last 14 years. Brazil’s historically high interest rates have made it an attractive destination for foreign investors. Brazil’s strong growth and high interest rates make it an attractive destination for foreign investors. Brazil is South America’s most influential country, an economic giant and one of the world’s biggest democracies.

It is one of the rising economic powers – otherwise known as BRIC nations – together with Russia, India and China. Over the past few years it has made major strides in its efforts to raise millions out of poverty.

The Portuguese language is considered to be the sixth most popular first language in the world. The two most powerful Portuguese speaking countries are Brazil and Portugal. They are both highly involved on an international scale and present in many global business affairs and organizations. Portuguese is spoken by about 250 million people in Portugal, Brazil, and other former Portuguese colonies. It is one of the most spoken language and the world.
A winning digital marketing strategy requires much more than translation of your web site into Brazilian Portuguese. An effective strategy requires comprehensive research and an effective SEO approach to rank higher and be found on multiply pages in Brazilian search engines. That way, your web site will be found by your prospective customers in Brazil. 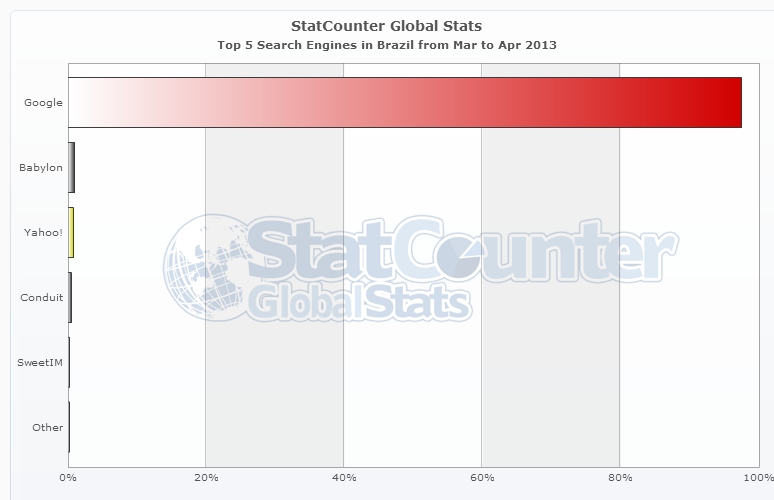 Social media in Brazil is huge, according to PhoCusWright that found that Brazil is among the top social media users in the world

Ecommerce in Brazil has been climbing steadily, powered by growing internet penetration and rising household income, according to an eMarketer report entitled ‘Brazil Ecommerce: Sports, Travel and Cheap Retail Maintain the Market’s Momentum’.

Even as Brazil’s economy slows, the country’s B2C ecommerce sales should see double-digit expansion this year and again in 2014, when the FIFA World Cup soccer tournament is expected to prompt a surge in domestic travel and event-related economic activity. eMarketer estimates show that B2C eCommerce sales in the country should reach $27.30 million by 2016, up from $19.76 in 2013.

eMarketer estimates that Brazil will have 26.7 million digital buyers in 2013, equal to 36% of internet users. That penetration level is a far cry from the US, where the figure is 73%, but Brazil outpaces Latin America as a whole, for which the average is 33.2%.

Which digital services to enter the Brazilian market?

2Social media in Brazil
Social media should be used to connect with your prospective customers in Brazil, which will drive more business. Openvalley assists you in defining the right social media strategy, so as to increase your presence on social networks.
++ info

3Content marketing for a Portuguese audience
As cliché as it may sound, content is one of the most important factors in any search marketing strategy. It is highly important to ensure that you have content worth viewing in English to connect with a Brazilian-speaking audience.

4Website translation
The issue of localization and translation of content in Brazilian is key to connect your customers abroad. Openvalley works with a team of native speakers to ensure web translation and localization is SEO optimized which, will positively affects your website rankings.
++ info

5Website design in Brazilian Portuguese
Openvalley design websites that are fully functional, either e-commerce or corporate websites. You can add an unlimited number of pages, update content anywhere, at any time, in a simple way. Our websites are multilingual, which means you can add several additional languages, and smartphone optimized.
++ info

6Paid search
Launching a pay-per-click campaign in Brazil is a good way to quickly reach new customers. With pay-per-click, advertisers can efficiently and effectively target customers in a foreign country. We can efectively create paid search campaigns on Google targeting the Brazilian market.
++ info