You are here: Home » Blog Openvalley: boost your exports with the web » Multilingual websites » Website translation: how important is it to reach your global customers...

Website translation: how important is it to reach your global customers ? 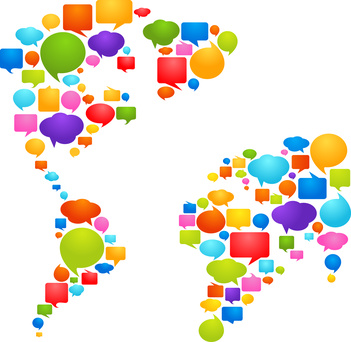 Due to the lack of local market attractiveness, most European companies are willing to expand overseas, not just to enter new markets but also to cut the risk of doing business locally. There are many opportunities for businesses to reap the benefits of selling abroad through the web, by fully meeting the needs of their foreign customers and offering them a great multilingual experience on their international e-ccommerce website, on social media platforms, and with a multilingual customer support.

Speaking to the customer in their language builds up a relationship that will boost the credibility of your brand, and put your company in a great position to start selling abroad with your international e-commerce website.

Speak to your international customers in their own language

The language of business is not restricted to English, French, German or Spanish. In Europe, it can be very profitable for companies to invest in less competitive languages such as Swedish, Dutch, or Polish, and to translate their website. Mandarin, Arabic and Russian are also top of the list of languages. Companies willing to expand abroad will reap the benefits of increased website traffic and conversations by optimizing their web strategy for foreign customers.

In a recent article, the Harvard Business Review remembered us a work dating back in 2003 by  Mark Davies in which he carried out an analysis of gross domestic product (GDP) by language use.  It was found that speakers of English and Chinese had the most purchasing power, followed by other languages used within major world economies, such as Japanese, Spanish, and Russian. However, the amount of purchasing  power represented by the remaining thousands of languages was significant — accounting for 12.5% of the world’s GDP.

The European Commission published a report in 2011 on user’s language preference online in Europe.   For companies targeting customers abroad, it is clear that European customers are willing to browse the web in their own language. Any e-commerce website that is not meeting this requirement and is not being translated may be missing out a large part of the European market share. Although 9 in 10 Internet users in the E.U. said that, when given a choice of languages, they always visited a website in their own language, a slim majority (53%) would accept using an English version of a website if it was not available in their own language.

That being said, you might also be aware that search engines tend to return local results. That means that if your website is not properly translated or localized, the chances that you will be found by prospected customers of your target market of a query in the local language are quite low. So if you plan to reach customers new customers abroad, start with a great localization of your online presence.

in Multilingual websites /by admin27/#permalink

← Le panorama des réseaux sociaux dans le monde (previous entry)
(next entry) Key figures of e-commerce in Europe, the USA and Canada →
© Copyright - Openvalley, multilingual websites, international SEO, localization, social media
E-marketing pour l'export
We use cookies to ensure that we give you the best experience on our website. If you continue to use this site we will assume that you are happy with it.Ok