You are here: Home » Blog Openvalley: boost your exports with the web » International e-marketing » How to use viral marketing to gain foreign customers

How to use viral marketing to gain foreign customers 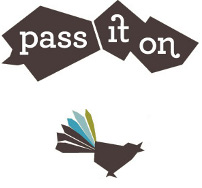 As  featured in Springwise.com, a viral tourism site recruits expats throughout the world to help promote New Zealand throughout the world. Tourism agencies have been using viral marketing to promote destination for a while —Antigua, Spain, Australia for instance, or last year we’ve seen several new efforts aimed at the influx of international visitors expected for a particular global event. Shanghai’s AtYourSide service was launched to coincide with Expo 2010, for example; Africa Talking, similarly, is ideally positioned to benefit from the World Cup.

The latest along those lines is Pass It On, an initiative to turn the nearly million New Zealanders who live overseas into a network of virtual ambassadors in anticipation of the Rugby World Cup 2011 event.Launched in 2011 by the Kiwi Expat Association, Pass It On is using expat New Zealanders to spread the word about everything the country has to offer. With funding, distribution and content support from a variety of New Zealand partners, the effort offers monthly prize draws for participants with Kiwi-centric prizes for the winners. Participants begin by signing up with the effort and then sharing stories from the Pass It On site with friends, family and colleagues—sharable videos focus on travel and cuisine, creative talent, and business and innovation. When the recipients of those stories follow the sender’s link back to Pass It On and sign up, the sender earns “pass points.” Those points then become entries in a prize draw that takes place on the second Monday of each month; prizes range from locally focused T-shirts and ice cream to the Expat. It’s a very efficient way to market, considering how much it costs to use the social media and social networks.

Another similar initiative used competitions, short clips and videos to spread the word on another highly touristic destination:  Antigua & Barbuda.  The Tourism Authority of Antigua and Barbuda has used  the often patriotic spirit of Antiguans and Barbudans and managed to get a big impact on the community, and encouraged them to continue playing their part into an efficient viral marketing campaign.

A campaign launched by the Tourism Office of Queensland was looking las year for a person to fit possibly the most incredible job in the world.Their viral and social media strategy has been extemely effective.

But not these viral campaigns are not succesfull. In fact some of them turn out to be completely counter productive, because of a lack of control, with a “boomerang” effect that can hit you back with negative publicity. A viral marketing ad from Denmark’s Tourism agency has been pulled amidst public criticism. and under pressure, the VisitDenmark governement agency had to pull the ad and apologized, admitting that it was created to attract male tourists.

The point companies should bear in mind when planning a viral campaign is the objective set to be achieved. In some cases, the use of communities can turn out to be a very efficient tool to promote good or services abroad.

← How to manage multilingual keyword research (previous entry)
(next entry) Pay per click international avec Google Global Market Finder →
© Copyright - Openvalley, multilingual websites, international SEO, localization, social media
E-marketing pour l'export
We use cookies to ensure that we give you the best experience on our website. If you continue to use this site we will assume that you are happy with it.Ok